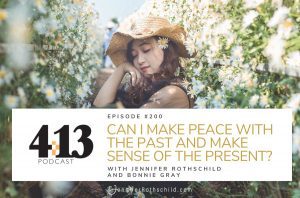 Growing up as a Chinese American daughter of a mail-order bride and a busboy in San Francisco’s Chinatown, Bonnie Gray never felt like she belonged. She spent her childhood hiding “Chinese Bonnie” who lived in a dysfunctional home in poverty in order to be accepted as cheerful “American Bonnie” who lived a life that looked like everybody else’s.

She tried to throw away pieces of her past—the ones she thought no one wanted—but in the process, she discovered God was tenderly gathering all the broken fragments to build a new story of faith and joy. She learned that it’s only when we learn to embrace the truth of our past that we can finally make sense of our present and celebrate what truly matters.