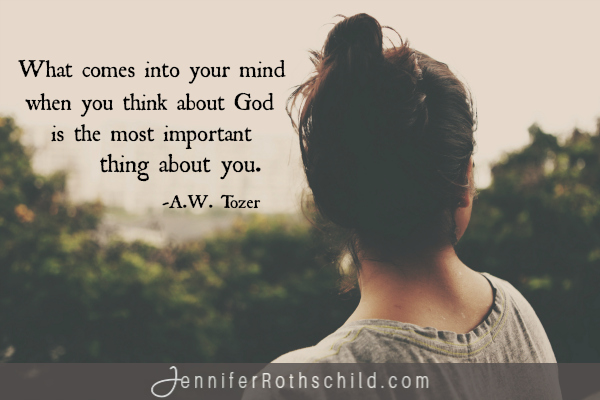 Well, most of my expectations were correct. I pre-interviewed with a producer. There were cameras, professional make-up (thank you, Lord), lots of questions and even more nerves! But, what I expected from Dr. Phil personally was not what I got! I expected him to be hurried. And, even though he was in a hurry, he wasn’t rushed. He was warm and casual. I expected him to be more guarded or distant in person than he seems to be on TV. Nope, he was so engaging and genuinely personally interested in me. I was totally thrown off – he was not who I expected him to be.

I realized that I was the one who thought he was famous; he acted as if that thought never entered his mind! I don’t really think he knows he is famous! He is so down-to-earth and humble. So, if I wanted to really relate to him, I had to surrender my expectation of who I thought he was and accept who he actually is. Once I mentally shifted gears and related to him according to who he was, rather than who I thought he would be, I had such fun talking to him after the show.

You see what I’m saying, right? Until we let go of our expectation of who we “think” someone is or should be, we will never really know them intimately.

But, our relationship with God will not grow if it’s made up of a faulty image of who He is.


Our relationship with God will not grow if it’s built on a faulty image of who He is. [Click to Tweet]
Think about who you expect God to be. Do you expect Him to be your magic genie? Your butler? You’re Mr. Fix-It? Your servant who comes running at your beck and call? Or do you expect Him to be an angry father figure? A demanding boss? A distant and uninvolved creator?

We all have expectations about who we think God is or should be and sometimes we don’t even realize it until we stop and think about what we expect. Is your expectation of God accurate? Is it based on the truth of who He is according to Scripture?

Nothing is more important in our lives than having a right understanding of who God is. [Click to Tweet]

Oh girl, He loves you too much to let you live with a wrong impression of who He is. Perhaps the whole reason you’re reading this blog is because God is reaching out to you right now, helping you to see who you thought He was and who He actually is?

Often our faith can become wobbly because we can’t understand why God allows something or doesn’t intervene when we expect Him to. Sometimes we miss His activity in our lives because we don’t expect that He should even care or be involved.

Put simply, we get what we expect. A.W. Tozer said, “What comes into your mind when you think about God is the most important thing about you.” In other words, there is nothing more important in your life than having a right understanding and expectation of who God is.

Your happiness and personal peace rises and falls on that one eternal expectation. If you try to build your faith on the cracked foundation of a faulty image/expectation of God, your faith will not grow, only your disappointment will.

Our faith grows stronger as our relationship with God gets stronger. [Click to Tweet]
So, really ponder – who do you expect God to be? If it is not who He actually is, surrender it. Let it go. Go to ‘My God Is… Character Collection’ to find one verse about who God is, and replace a wrong expectation about Him with a truth that better represents Him.

Sister, God is too good and you are too valuable to Him to go through life misunderstanding who He is. Ask Him to lead you into truth and expose lies so you can know Him better and love Him more.


God is too good and you are too valuable to go through life misunderstanding who He is. [Click to Tweet]
Lord, give us a right view of You and everything else in our lives will come into focus. Amen.

In the comments, give a shout out about who God is and why you love Him.