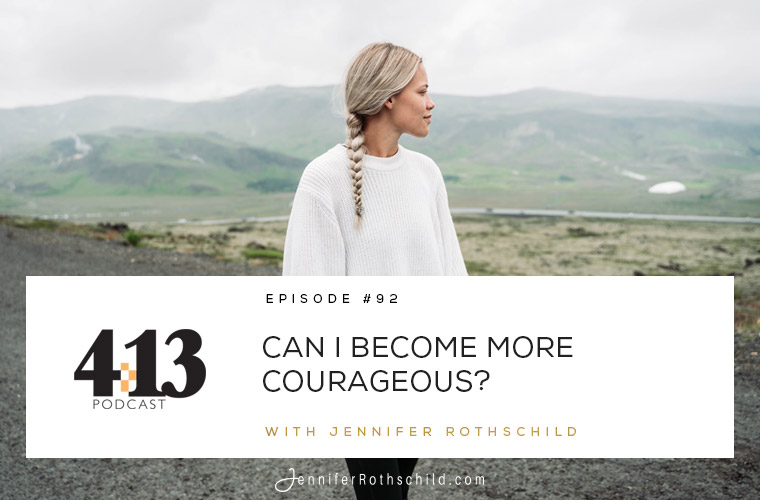 If you’ve listened to the 4:13 Podcast for long, you know I’m an Anglophile. Yep, I’m a British Wanna-Be … I’m a bit obsessed with all things England, its history, its culture, and its dead authors like C.S. Lewis.

One of my most favorite English cities to visit is Oxford. It is there on Broad Street that a cross is etched. That cross commemorates what happened near that spot in 1555.

Here’s the reason the cross is there: King Henry VIII’s daughter, Mary Tudor, was on the throne in England. The country had a troubled, divided history of the Protestants and Catholics not playing nice. When one was in charge, they persecuted the other. Now that Mary was on the throne, she sought to return England from Protestantism to Catholicism. So, during her reign, she had 300 Protestant Christians burned at the stake. Awful, right? You know her as Bloody Mary.

During this time, Bloody Mary had two outspoken Protestant bishops, Hugh Latimer and Nicholas Ridley, arrested for treason and thrown into the Tower of London. In March of 1554, Latimer and Ridley were moved to the town prison in Oxford. Heresy trials began in January 1555—and there was never any doubt about the verdict.

Latimer and Ridley were sentenced to death and sent to the stake. It’s said that Ridley kissed the stake, and both men knelt and prayed. They were given one last chance to recant, and each was chained to a stake when they didn’t.

The story goes that as Latimer was dying, he encouraged Ridley by yelling from the flames, “Be of good comfort, Master Ridley, and play the man! We shall this day light such a candle by God’s grace in England as I trust shall never be put out!”

Wow, right? What incredible courage! You and I don’t face the persecution of 16th-century England but we do face hardship and difficulty. Fear is a real thing but, sister, so is courage.

To take courage in this life, we have to take God at His Word. [Click to Tweet]

To take courage in this life, we must take God at His Word. We’ve got to take His promises seriously, otherwise, we will take opposition and obstacles way too seriously. The problems we face can devastate us. The struggles we experience have the potential to discourage us. And the failures and frustration can easily defeat us. That’s why we need to learn courage and live courage.

It takes courage to be who God calls you to be and do what He calls you to do. On this episode of the 4:13 Podcast, you’ll learn how to take courage. KC and I unpack 1 Corinthians 16:13, examine what it means to “be strong,” and give you three ways you can take courage no matter what you face.

No matter what you face, you can face it with courage. You can have an eternal perspective, endure, and choose emotional wisdom, no matter how you feel. This is what courageous living looks like—and you can do it because you can do all things through Christ who strengthens you!

How do you plan to take courage today?