Put down your Oreo. I have some important news. 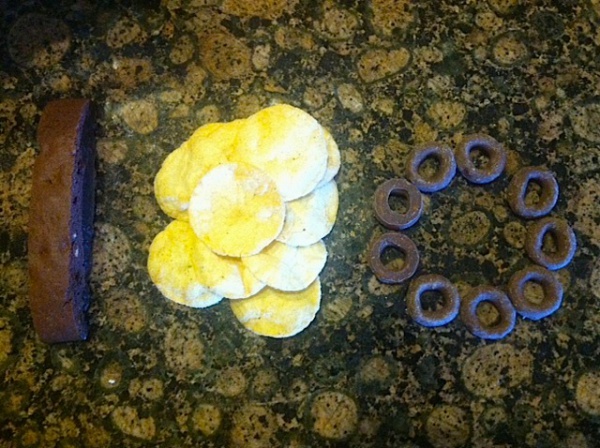 Dr. Michael Roizen, Chief Wellness Officer at the Cleveland Clinic, says that every 10 years after the age of 35, women lose about five percent of their muscle mass. This matters a lot–not because you and I want to look like buff beauties, but because muscle burns more calories than fat does. If we have less muscle mass, we will consequently have a greater tendency to gain weight.

There was a study published in the Journal of the American Medical Association in March 2010 which said that physical activity is an effective preventer of the symptoms that typically take over when we get to be middle-aged (like weight gain). Yes, we already knew that without a high dollar study! We just don’t want to do it, right? Or, at least that’s my deal.

In this study, women who spent at least 60 minutes a day performing moderate-intensity exercise were better able to maintain their weight over 13 years. Awesome. But, who among us has 60 minutes a day to exercise?! Maybe you do, and that’s great. But, if not, you can walk and move as much as you can and cut back calories when you can. At least that is what I am trying to do. (I stress “trying!” Not always succeeding).

So here’s some advice for fighting the harsh reality of age, one calorie at a time. Whose with me?

I thought I would share with you my top three favorite 100 calorie snacks. Now, these do not include the raw nutritional foods, like a handful of raw almonds, an apple or a Greek yogurt. These are the treats! You know, the sweets that make you feel like you are not cutting back?

1. Snack Wells Chocolate-Covered Pretzels
Sweet and salty; crunchy and smooth. The perfect snack that makes you feel like you are eating something totally naughty!

2. Chocolate Biscotti
I love to have this sometimes in the afternoon with hot tea. It’s not too sweet but totally satisfying. And, it’s filling!

3. Special K Cracker Chips
Just for when I just want something salty and crunchy!

Now, I know there will be some “you shouldn’t eat that pre-packaged, preservative-laden, poor excuse for food” kind of responses from a few of you. I know, I know! I’m working on it. I eat plenty of fruits, veggies and almonds and drink lots of water. But come on, every now and then a girl needs her junk food!

Do you have any suggestions for those of us who wanna limit our junk food excursions to 100 calories or less? We would love to give them a taste test! I’ll be the first to volunteer.

What’s your favorite low-cal snack? Leave a comment below.