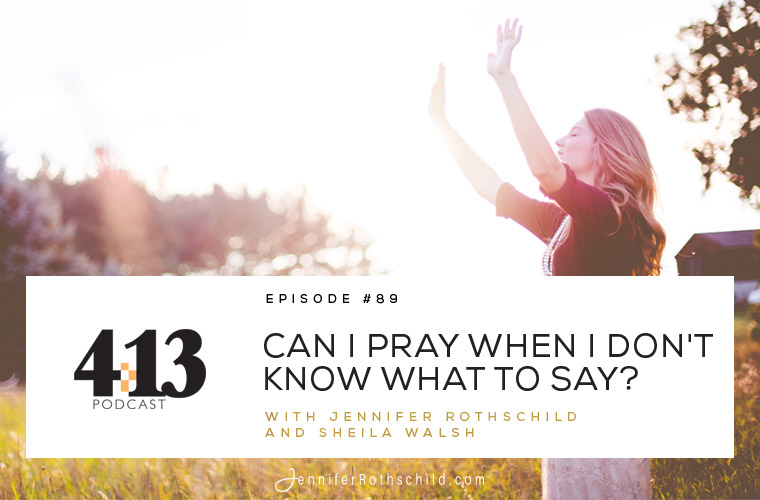 Back in college, I was on a worship team with my friend, Paul. He played the guitar, and I played piano. Every week, our small four-member team practiced so we’d be ready for the Thursday night Bible study in the student center.

We usually ended each rehearsal with prayer. One night, though, the bass player and the drummer had already left. So prayer time was just Paul and me.

At the time, Paul was the most spiritually mature guy my age that I knew—and that evening, he began to pray in a way I’d never heard before. He stretched himself across the floor—his nose so close to the ground that I was sure he was inhaling carpet fiber.

I sat on the piano bench with my head bowed, startled and still, wondering how I could pray with this guy. He was obviously more connected with God than I was. In my mind, my posture of crossed legs and hands wasn’t nearly as spiritual, and for that reason, it had to be less acceptable to God. If my position wasn’t sufficient, then there was no way that my words would’ve been.

I just listened to Paul pray. When he finished, I muttered something like, “Me too.” I was a ball of mixed emotions and conflicting thoughts.

Prayer had left me feeling confused and silent instead of secure and conversational, as God intended. Was it Paul’s fault? No way. It was all about my being more concerned with the method and mechanics of prayer than the motives and meaning.

The truth was, I was intimidated by prayer. I’d become so preoccupied with my own perceived deficiencies that I lost the joy of simply connecting with the God Who loves me. And, sister, though I’m mostly over all that at this point in my life, sometimes I can still get that twinge of self-awareness. Sometimes I can still feel a little intimidated by prayer—you know, like, what to say, how to say it?!

Maybe you can relate. Do you ever find that when you pray, you just don’t know what to say? If so, you and I aren’t the only ones.

On this episode of the 4:13 Podcast, we talk about how prayer is one of the most powerful, life-changing things you can do, and yet sometimes it feels like one of the hardest things to do. The good news is there are simple, powerful ways to reignite your conversation with God—and Sheila Walsh is with us to guide you through them.

Sheila’s a powerful communicator, Bible teacher, and bestselling author with more than 5 million books sold. She co-hosts the LIFE Today TV show and lives in Dallas, with her husband, Barry, and their son, Christian. She’s been on the 4:13 Podcast before, and we just had to have her back!

So, pull up a chair and get ready to be blessed. You’re going to learn three ways to pray when you don’t know what to say. Plus, you’ll hear a beautiful song to reassure you that God hears you so that you can pray the way you pray.

Sister, God is listening, God hears, and God loves to bend His ear from heaven at the sound of your voice. So, just pray.

And remember, even if you don’t know what to say, pray anyway because you can. You can do all things through Christ who strengthens you.

*** You can hear from amazing women like Sheila at a Fresh Grounded Faith event near you! Find an FGF in your area here.

Song Shared in This Episode

What’s one way you pray when you don’t know what to say?