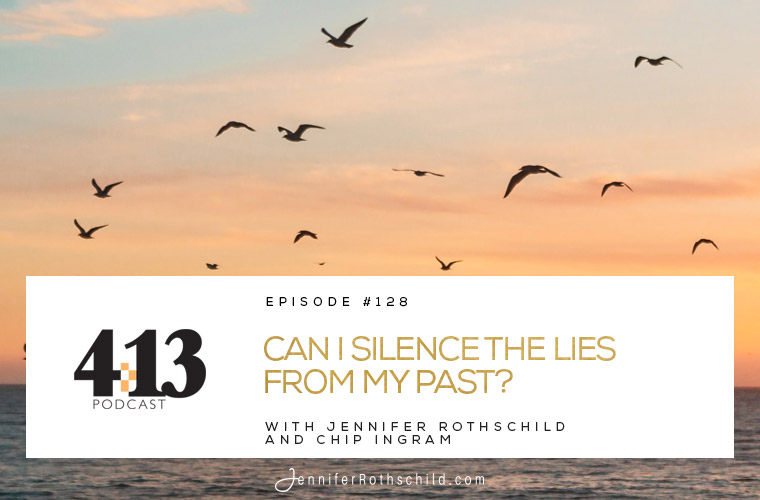 We’ve all believed lies. The thing about lies is that sometimes we don’t even realize why we believe them because we assume they’re true. I’ll never forget the lie I believed when I was in the fourth grade because, girl, I really thought it was true! 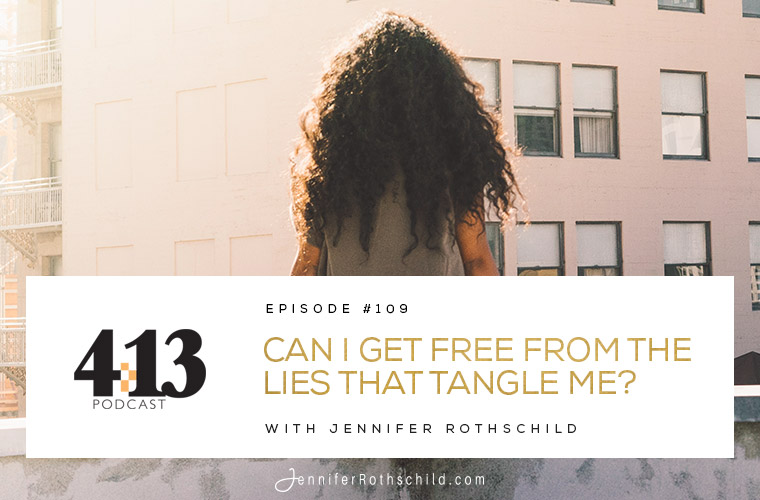 Free download alert! Get my song “Let the Words” below.

Have you ever heard of the game, Three Truths and a Lie? Well, KC and I are playing our own version today—Three Lies and a Truth.

Have you ever noticed the things you say to yourself — and believe?

I could never do that.
They don’t like me.
I am such an idiot!

You wouldn’t talk that way to anyone else, yet phrases like these constantly flow through your mind, leaving you insecure and defeated. 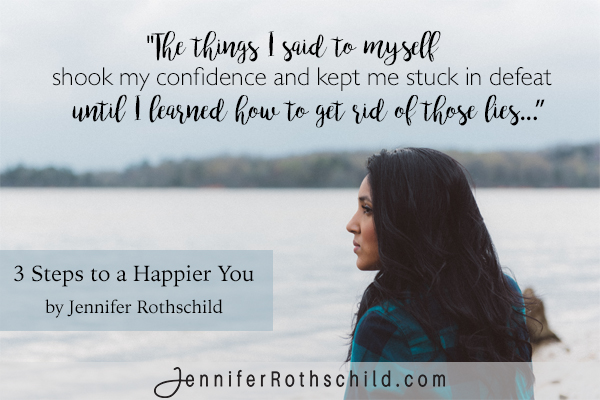 Girl, I have been there too! The things I said to myself shook my confidence and kept me stuck in defeat until I learned how to get rid of those lies and start speaking positive, biblical truth to my soul.

Do you want to get rid of some of your stinking thinking? Do you need to change what you say to yourself? Yep… even if you’ve got a pretty good habit of not beating yourself up with your words, we all need to review what we say when we talk to ourselves, refresh our inner vocabulary and refine what we say so it matches up with God’s Truth. 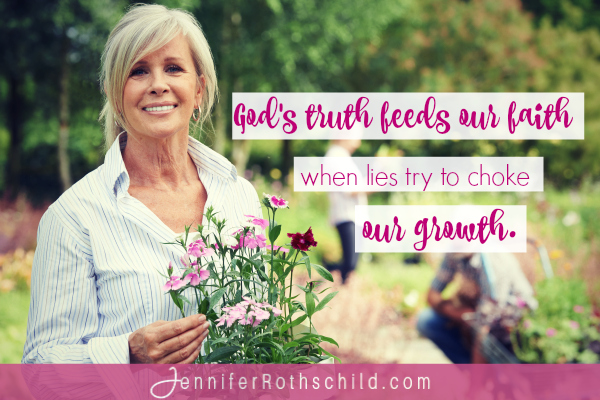 Sometimes life can get crazy, can’t it?

The car breaks down… your phone won’t stop ringing… the dishwasher floods the kitchen… your child loses his homework… your computer crashes… your dad is in the hospital… the dog, well never mind. You get the idea.

It just seems like sometimes we get pelted with big stuff and little stuff… one thing after another. 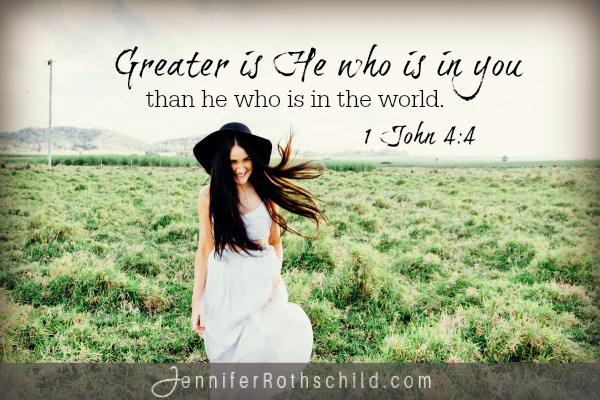 That is how it was in our house last week. Stuff, stuff, stuff! 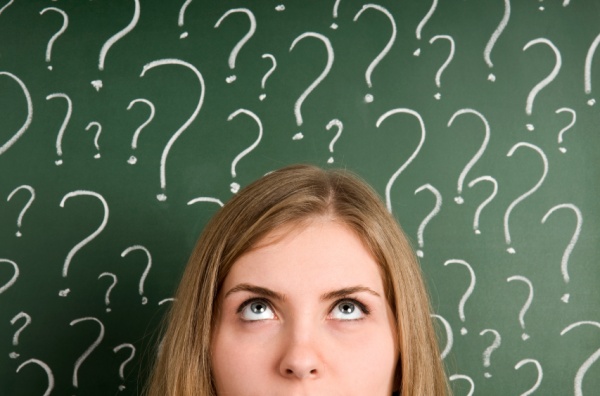 I am currently leading your Me, Myself, and Lies study. The ladies and I are enjoying your study.  I have a question about Week 4, Day 2.  Is the statement “Every thought we think is not necessarily our own,” saying that Satan is able to read our thoughts or put thoughts into our minds?  If so, how is this accomplished?  Also, what scripture would back this up?  We had been talking about this subject some weeks ago and I know they will ask about this.