A few days ago, I was sitting across from Kim, the most amazing nail tech, who has done my nails for the past ten years. And, she gasps, “What is that on your arm? I’ve never seen it before. You need to get that looked at!”

I had no idea what she was talking about so I asked her. 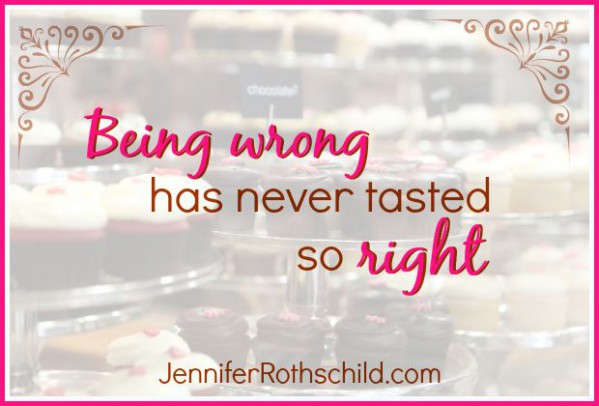 “A mole,” she said, “it’s just come up in the last two weeks because I know I have never seen it before.”

She, then, took my free hand and dragged my finger across the top of the tiny bumpy mass.

She was right. It was bumpy. I couldn’t believe that it had come up so quickly!


Some problems appear to be real and threatening, but really only exist in our imagination.
[Click to Tweet]
I had just been on a cruise and to the beach so I just knew that it wasn’t good. Plus, I had sunbathed as a girl growing up in Miami and I hadn’t worn sunscreen in earnest until I was in my thirties.

“Great,” I thought, “it was just a matter of time until my wreckless, sun-screenless ways caught up with me.”

So, I got home and told Phil, my husband, the whole story.


Fear and speculation can turn something harmless into a big scary deal.
[Click to Tweet]
He looked at my arm and said, “Sure enough, it is bumpy and shaped weird and it does not look good.”

I called the doctor right then and there and, can you believe it, they had a cancellation so I got an appointment for the very next day!

The next morning, I had coffee with my friend Angela before my doctor appointment and I told her I was going to get a questionable mole looked at. I explained how odd it was that it popped up in just the last few weeks. I explained how Kim and Phil were concerned about how misshapen it was.

I showed her my arm and pointed to the place where the mole was. “Where?” she asked. “Right there,” I insisted.


Fear can be defined as False Evidence Appearing Real.
[Click to Tweet]
She pulled and twisted my arm. “Unless I can’t see as well as I think I can, there is no mole there.”

I rubbed my finger across my arm. There was no tiny bumpy brown mass.

I was utterly confused. Had I been healed overnight from my misshapen, bumpy, possibly precancerous brown mole?

I got in the car to go to the doctor with Phil. I told him Angela couldn’t see the mole. I told him I couldn’t feel it either. I twisted my arm toward him and told him to look. “Where’d it go?” he asked.

It was gone. Disappeared. Erased. Totally and absolutely removed from my skin.

He turned the car around and I called the doctor and canceled my appointment.


When you have a problem, look at it through God’s eyes to gain a proper perspective.
[Click to Tweet]
I am embarrassed to say that what Kim thought was a bumpy, brown misshapen suspicious mole… what Phil thought had to be a precancerous mole… what I thought was a result of a lack of sunscreen and the beginning of a budding relationship with a dermatologist was… wait for it… wait for it… chocolate.

Yes. It was chocolate.

It was chocolate — a brown, bumpy blob of dark chocolate that had stuck to the tiny hairs on my arm.

Busted! My nail appointment was at 10:00 am and I thought I was being sneaky and indulgent when I had eaten some Dove dark chocolate for dessert after breakfast.

Oh girl, beware, your chocolate will find you out!


The truth of God’s Word may reveal that your problem is only real in your imagination.
[Click to Tweet]
So, 2 weeks later I sit across from Kim again. She holds my hand, slightly twists my arm to see my mole and asks, “I was so worried about that mole. Did you get it removed? Did everything turn out okay? It is gone. What happened to the mole?”

So, lesson learned… before going to the doctor to get a mole looked at, bathe.

That is really all I have to say about this matter. Except, let me give just a little spiritual application… if that is even possible!

Some problems in life are not that simply solved. But, there are also some problems that appear to be real and threatening which really don’t exist except in our imaginations.

Fear and speculation can turn something totally harmless into a big scary deal.

So, if there is something in your life that you’re feeling anxious or fearful about, ask yourself, “Is it real, or is it chocolate?”


Let God’s Word wash over your problem and it will heal your real problem… fear and worry.
[Click to Tweet]
Take a moment to invite God’s perspective. Try to see your problem through His eyes… from His view.

Let the water of God’s Word wash over your problem.

Perhaps, the truth you experience in His Word will reveal that what you thought was a real problem was only real in your imagination.

Or, perhaps, as the truth of His Word washes over your problem, it will not reveal that it wasn’t real, but, instead, it will heal what is really bothering you — the fear and worry.

Lord, thank You that we can laugh. Thank You for the simple things in our lives that remind us of bigger truths. Help us to keep a truthful perspective. When a real problem brings us real pain, please heal us and deliver us. We trust You with all of our lives. Amen

Question: Do you tend to let worry and fear get the best of you? Do you let your imagination run wild when a problem arises? In the comments below, please share how you stop your imagination from running wild.