Awhile back, I attended a meeting of small business owners with my husband Phil. There were four businesses represented; a frozen custard shop, a health food store, an accounting firm, and our ministry! 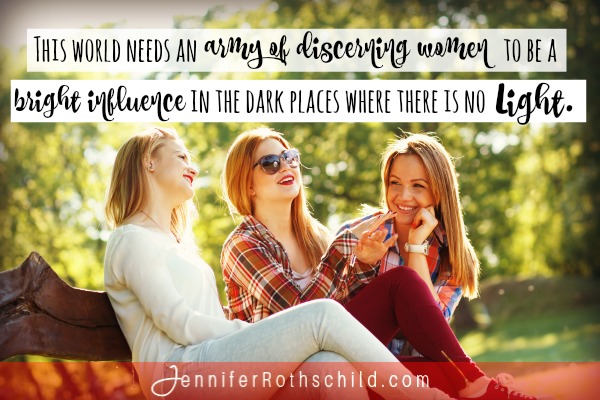 In order for the trainer to make a point about the perils and power of influence, she wrote several words on a white board.  The words were a list of colors: red, black, blue, green…you get the idea. But, the tricky part was that she wrote all those words over and over in random order and each word which named a color was written with a marking pen of a different color! So, the word “pink” was written with blue ink; the word “yellow” was written in read ink! Stressed out yet? I know!

The trainer then asked the group to read — really fast and in unison — all the words on the white board. You can imagine the comical gibberish that followed! As everyone tried to read, the mismatched colors of the ink really influenced the group’s ability – and inability — to read the word itself correctly.It was one of those times I didn’t mind being blind and just sitting back quietly with a smirk on my face as all those sighted folks made one gaff after another! It was really funny!

The point the trainer was making is that we are more easily influenced than we even realize. And, that’s why we need discernment.

Discernment…our English word, “discern,” comes from the Greek word “anakrino” which means “to distinguish, to separate out by diligent search, or to examine.”


Discernment helps us judge rightly, see clearly and understand spiritual things. [Click to Tweet]
Discernment is like a spiritual filter that separates dark, dirty lies from sweet, liberating truth. Discernment serves as a sieve to divide the destructive from the constructive; that which builds up from that which tears down.

Discernment even allows us to know the difference between what is good and what is best.

So, how do we get this handy-dandy discernment to help us wisely deal with all the influences we face?

First, you just flat-out ask God for it! Pray, “I am your servant; give me discernment that I may understand your statutes” (Psalm 119:125)

Just as you ask someone to give you a ride or give you a piece of chocolate, you ask God to give you discernment. He gives you that discernment by His Holy Spirit. The Bible tells us that God’s Word is “spiritually discerned,” and without the Holy Spirit’s discernment, the things of God are “foolishness”— they make no sense at all!  (1 Corinthians 2:14)


To be a woman of discernment, ask God for it and then apply it. [Click to Tweet]
We ask God for discernment just as we ask Him for wisdom. “If any of you lacks wisdom, let him ask God, who gives generously to all without reproach, and it will be given him.” (James 1:5)

So, if you find yourself in dilemmas and you just aren’t sure what is right and what is wrong, or what is good and what is best; if you feel like you are easily influenced, ask God for His wisdom and discernment and He will give you all you need.

Secondly, we  just need to assume that God came through and tucked plenty of discernment within us and then, go for it… just apply it in our daily lives in the ordinary places.

Here’s a practical way to apply discernment. If you use social media like Facebook or Twitter, (and who isn’t?) look through your feeds. If you don’t use social media very much, turn on your TV or radio.


This world needs an army of discerning women to be a bright influence in the dark.[Click to Tweet]
Scroll through your feeds; flip through channels on the TV or stations on your radio dial. Go slowly enough to give yourself time to think and pray, for that is part of learning to hear God’s voice and grow in discernment. Then, after you’ve spent about 15 minutes being completely inundated with and potentially influenced by all things media, think about what you experienced. Ask the Holy Spirit to guide you and help you discern how what you read or saw helped or hurt your faith. You may see things you never noticed before and have a few spiritual light bulbs fire up!
When we bring our best to the world, we will bring out the best in our world. [Click to Tweet]

Practice that same kind of discernment throughout your day as you listen to people, read or anything else you are involved with.

This world needs an army of discerning women to be a big, bright influence in all the dark, dingy places where there is no Light.

Rather than being women who are influenced by things that don’t bring out our best, let’s be women of influence because we are women of discernment! It is then that we will bring the best to our world and bring out the best in our world!

Is there anything else you do to get discernment? Please share in the comments below.