In the children’s story Winnie the Pooh, Christopher Robin lives in his own imaginary “100 Acre Woods” with the rest of the infamous characters.

I, along with most women, have my very own “100 Issue Woods.” But sadly, mine is not imaginary. Neither is yours.

Our 100 Issue Woods tend to be populated with some very interesting characters. Wanna see who they might be? I thought it would be fun to do an arm-chair analysis–a little non-expert, tongue-in-cheek psychological exploration of each of these classic characters and find out how each represents our own 100 Issue Woods. I’ll start with the most beloved … Winnie the Pooh. 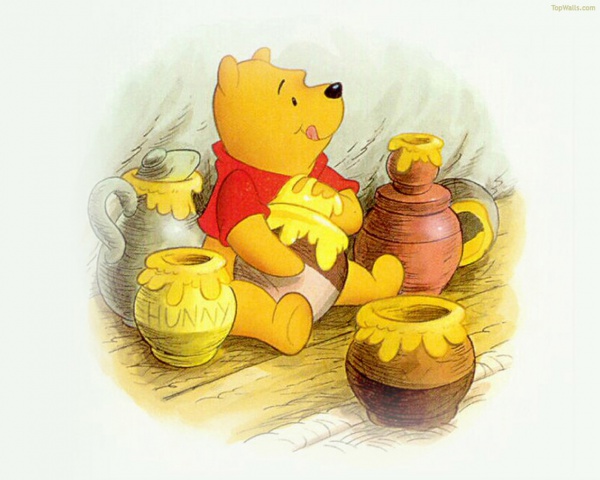 Well, in the story, Pooh seems to have some kind of low self-esteem or food issue. Poor Pooh is a bit tubby and could possibly suffer from low self-esteem as a result of his weight and his body image. Or perhaps he is tubby because he actually has low self-esteem to begin with? Hmmm … Now, go with me here.

Because Pooh lacks confidence or feels badly about himself, he turns to honey. He overeats the honey and as a result, poor Pooh becomes even more chubby. Then he feels even worse about himself so, in a state of insecurity, he eats even more honey to soothe his injured self-image. This shaky self-esteem also shows up in the fact that he is always saying things like, “OH Bother” and “Think, think, think!” Does any of that sound familiar?!

Let me provide some comfort if my informal psychoanalysis sounds a little bit like you. Pooh is good-natured. Everyone likes him because He is gentle and kind. He’s always willing to help his friends and try his best.

I have a Winnie the Pooh in my 100 Issue Wood. I tend to eat when I am feeling low or bad about myself. I think it will make me feel better, but instead I feel even worse than before due to my lack of self-control.

I’ve now got a “Winnie the Pooch” to prove it!

However, I also try to be gentle and kind and help out my friends. I find myself often begging my brain to “think, think, and think!”

But eventually, as I wipe cookie crumbs from the way-too-snug jeans I’m wearing … as I, once again, forget what I was trying to say, I readily proclaim, “Oh Bother!”

You probably think Winnie is charming and doing his best. Do you give yourself the same grace? [Click to Tweet]

And friend, maybe you should too!

As much as Winnie the Pooh delights you, it’s nothing compared to how much God delights in you. You probably think Winnie is charming and doing his best. Do you give yourself the same grace?

Yeah, yeah, yeah. I know. We don’t need to overeat. And we shouldn’t turn to food to soothe ourselves when we’re feeling badly. Absolutely, we shouldn’t let our weight define us.

But … can we just give ourselves a little grace? Maybe if we do, we will experience God’s self-control in a greater way instead of running to the honey pots. Maybe if we receive the God’s grace, we will have proper self-esteem based on the way our Father in Heaven esteems us.

It’s time for you to throw your hands up and say, “Oh Bother” to self-condemnation and criticism.

Instead, it’s time for you to think, think, think about that which is true, lovely and praise worthy! (Phil. 4:8)

Stay tuned friends. There are 5 more characters in our 100 Issue Woods we will get acquainted with over the next few blogs!

If you’d like to hear my complete analysis of all the Winnie the Pooh characters, grab my recent audio series entitled Think Yes.

Share | Tweet | Pin It | print | email
Category: My Thought Closet
Disclosure of Material Connection: Some of the links in the post above are “affiliate links.” This means if you click on the link and purchase the item, I will receive an affiliate commission. Regardless, I only recommend products or services I use personally and believe will add value to my readers. I am disclosing this in accordance with the Federal Trade Commission’s 16 CFR, Part 255: “Guides Concerning the Use of Endorsements and Testimonials in Advertising.”