What do you need more… courage or compliments?

Think about it. Which one boosts you and buoys you? Which one gives you what you need to take the next step or do the next right thing? 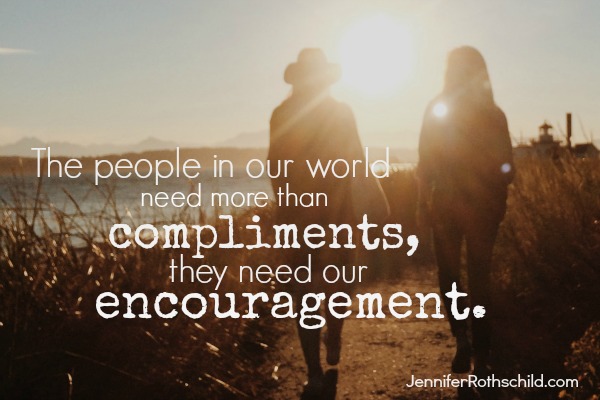 For me, it’s courage that I need. Compliments are nice, really nice, but courage does something in me that is bigger and stronger.

I learned about the power of encouragement from my guide dog.

Sometimes, we need more than compliments, we need encouragement.
[Click to Tweet]
Yes, I used to have a guide dog. Now, I just use a white cane and non-directionally challenged humans to get around, but I used to have a guide dog named William. I know, I know. His name sounds more like it should belong to a U.S. President or your Grandpa, but it was the name given to my guide dog. 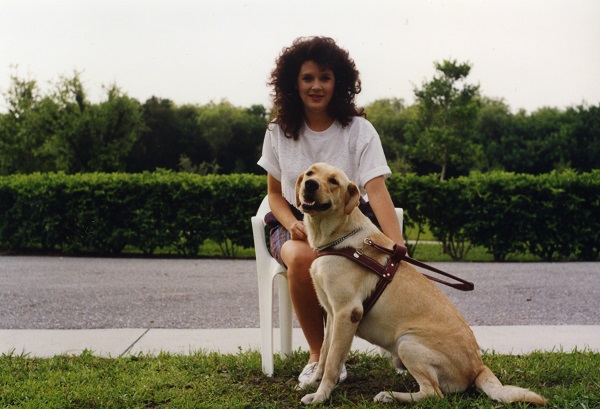 It was a steamy July day in central Florida. I had been at the “dog school” for about 2 weeks for training with my new guide dog. Both William and I were getting pretty tired.

So far, we had worked on walking together and learning each other’s pace. I had learned how to give him the right hand commands and he knew just what I meant if I told him “busy, busy.” (If you don’t know what that means, well, it’s bathroom talk so I won’t elaborate.)


Compliments flatter me, but encouragement fuels me. Encouragement gives me courage.
[Click to Tweet]
So, on this day, we were trudging down the sidewalk in Palmetto, Florida for another training session. The whole class was out with our dogs navigating some busy downtown streets and sidewalks. But, William and I weren’t keeping up with the class. We weren’t lost or distracted, we were hot and tired! We lagged a little as William slowed down. I stopped and gave him water to make sure he was hydrated since the temperature was well into the nineties. He gulped in some H2O and he was good to go. Then, within minutes, he would slow down again.

“Good dog, William,” I cheered, “you’re a good boy!” In response to my praise, he would wag his tail but barely pick up his pace.

Finally, I realized we were way behind our group and we needed to walk faster. I could have gotten a step ahead of my slow-poke William and dragged him, but that kind of defeats the purpose of a “guide” dog! Don’t ya think?!


I would rather receive words that boost me up instead of words that just offer praise.
[Click to Tweet]
So, instead of just saying, “Atta boy,” I reached down and patted him on the top of his head. To my surprise, he got a little snap to his step. I petted him a little more convincingly as we walked, and he picked up his pace. His ears began to flop as he broke into a gallop! The more I petted, the faster he walked.

He needed more than compliments… he needed encouragement.

To encourage someone means you literally grant them courage.
[Click to Tweet]
“You’re a good dog,” was a lovely compliment to a pup who had no idea what I was saying, but placing my hand on his head, letting him know I believed he could succeed, granted him the courage he needed to strut to the front of the dog line.

I get that because I am learning how much I need encouragement too.

Compliments are kind — who doesn’t want to hear, “your jeans are cute” or “good job”? But, while compliments flatter me, they don’t fuel me.

In fact, to “encourage” someone means you grant them courage. Literally.

The word encourage comes from the Old French word, “encoragier” which means to make strong, add strength, or hearten.


As we give encouragement, we give courage to the one who feels weak or unsure.
[Click to Tweet]
Oh girl, wouldn’t you rather receive words or actions from others that boost your power instead of words that just offer praise? I need courage far more than I need compliments.

The people in our world need far more than compliments, they need encouragement.

As we give encouragement, we give courage to the one who feels weak or incapable, tired or unsure.

There’s power in encouragement. It strengthens the weak, the frightened, and the weary.
[Click to Tweet]
So, what is the difference between a compliment and encouragement?

Compliments flatter – they give praise, commendation, or admiration. Encouragement fuels — it gives support, confidence, and courage.

We encourage by offering applicable truth — such as:

“God has given you all you need for life and godliness, so keep trying because God has equipped you!” or “Don’t give up for you are not of those who shrink back!” (Hebrews 10:39)

We can also encourage each other by acts of support. To lend a hand when your friend is overwhelmed will grant her courage.


Encourage one another and build each other up. 1 Thessalonians 5:11
[Click to Tweet]
You could volunteer to pick up her kids from school, show up with your mop and help her clean her house, or go with her to that doctor’s appointment that she’s nervous about. Your actions will give her courage — they will encourage her.

There’s power in encouragement. It heartens the weak, emboldens the frightened and spurs on the weary.

So, sisters, let’s “encourage one another and build one another up.” (1 Thessalonians 5:11)

And, “Encourage each other daily while it is still called today.” (Hebrews 3:13)

Question: What are other ways you could encourage someone you love?

Comment | Share | Tweet | Pin It | print | email
Categories: My Thought Closet, The Blind Side
Disclosure of Material Connection: Some of the links in the post above are “affiliate links.” This means if you click on the link and purchase the item, I will receive an affiliate commission. Regardless, I only recommend products or services I use personally and believe will add value to my readers. I am disclosing this in accordance with the Federal Trade Commission’s 16 CFR, Part 255: “Guides Concerning the Use of Endorsements and Testimonials in Advertising.”