My girlfriends Joan and Paula came over last week to work out with me, wanting to try out a new walking exercise routine. I greeted them at the door with my knees wrapped in Ace Bandages, Advil bottle in hand — and this was before the workout even started. I also sprayed water on myself to make it look like it made me sweat just thinking about a work out. 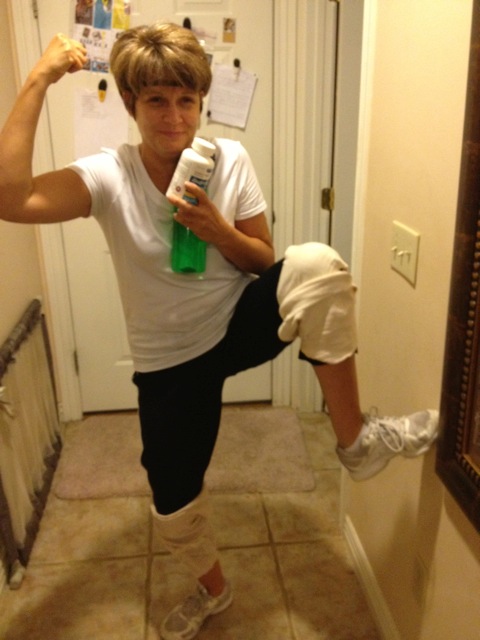 You know what I was? A poser.

A poser in the traditional sense is a person who strikes a pose, like what a model would do. In our current vernacular, like what you would read in the Urban Dictionary, a poser is one who pretends to be someone he or she is not. Or someone who tries to fit in, but only by using exaggerated means.

In other words, a poser is a dishonest person who presents an image of themselves which doesn’t truly represent who they really are. Honesty is truthfulness. An honest person has the habit of making accurate, trustworthy statements about life, self, others and God.

I don’t want to be a poser and neither do you.

Here’s why: God opposes a poser! In so many words, that is what Psalm 101:7 says. God does not accept a person who “practices deceit.”

In fact, there’s lots of places in the Bible where dishonesty is reproved. In Jeremiah 9:5, a corrupt society is described like this, “…everyone deceives his neighbor and no one speaks the truth; they have taught their tongue to speak lies; they weary themselves committing iniquity.”

So, we don’t want to be posers because God opposes posers. Posing is tiring! Posing is draining. Did you catch that from that passage?

The posers in Jeremiah were “made weary” from “their iniquity,” a.k.a, their dishonesty. It’s tiring to live an intentionally deceitful life. It takes work! If you present yourself in a disingenuous way, you have to remember how you did it, when you did it and keep up the act. You have to remember what you said to whom, and when, so you can keep up your pose.


My friend, it’s simpler just to be real, flaws and all. Can we drop the pose of perfection?
[Click to Tweet]

My friend, it’s simpler just to be real, flaws and all. Can we, as Christian women please, drop the pose of perfection? Wouldn’t you rather be imperfect, but actually real? Wouldn’t you rather surrender to who you really are rather than keep striving to present yourself as someone you are not?

Here’s the deal. If you choose to “pose,” you “dispose” of the grace of God that let’s you rest and revel in the person He has made you to be. That person … you … has no need to pose. He (and I) like you just the way you are!

P.S.: After the work out, I was actually covered with sweat and I did pop an Advil! But, no Ace bandages .. at least not yet!
It what situations is it hardest for you to drop the pose of perfection?