Several years ago I spoke at a church in Knoxville, Tennessee where I met an 8-year-old little girl named Bailey.

Bailey was born blind, but she had no idea boundaries existed! When I first met her, she fluttered about me like a butterfly with fresh new wings. She giggled and chattered with the most expressive lilt to her sweet voice! She was a delight. 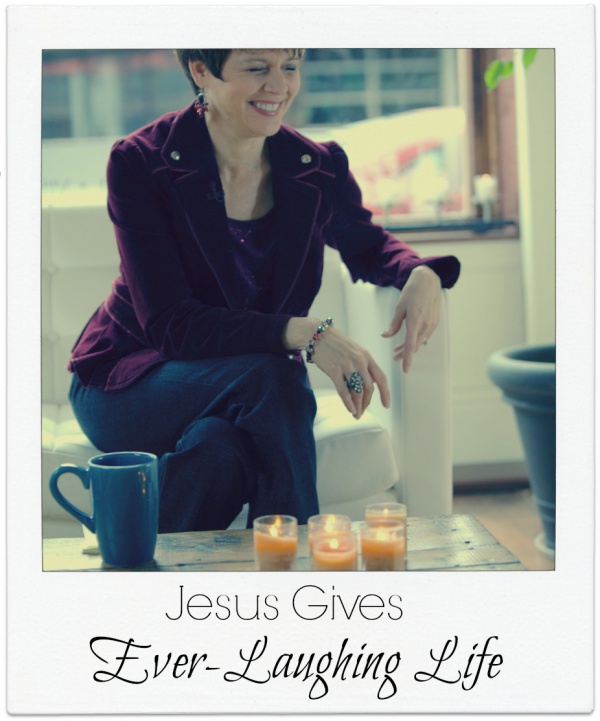 When I discovered she loved to sing, I invited her to join me on stage.

When she got up on stage, she held the microphone like a pro… and totally upstaged me! Before she began her song, she made an unexpected announcement to the audience…

The audience roared with laughter and I realized quickly she was made for the stage! With her confession of love for Alan Jackson, she began her song.

And what followed brought tears to the eyes of the 800 women gathered there with me that night.  It was spectacular.

After the applause died down, I asked her to quote a Bible verse for the crowd. She began with the words of John 3:16; “For God so loved the world…” She recited as if the words were notes on a musical scale – with tones that sounded like wind chimes and then breathiness that was that of a skilled actress. It was moving, and then she unexpectedly concluded the verse…

“And whoever believes in Him will have EVER-LAUGHING life!”

And you know what? Sweet Bailey not only had everlasting life, I think she had ever-laughing life, too! She didn’t focus on boundaries and what she couldn’t do; she focused on joy and her giggle was contagious.

When Bailey stepped on stage, she blew us away… and left us laughing! Read along to see what she did!
[Click to Tweet]

Ever Laughing Life! I want that, don’t you?!

Bailey probably wasn’t thinking of Proverbs when she misspoke, but I can’t help but think of Proverbs 31:25. It reads, “She is clothed with strength and dignity, and she laughs without fear of the future.” Trusting in who God is gives us courage to overcome any fears we have about the future.

If Bailey can live an ever-laughing life, sisters, so can we! Let’s assume the boundaries don’t exist; let’s sing with unabashed joy, and face today with a smile knowing that regardless of what the day holds, the Lord will be by our side.

Sister, we have lots of laughing to do!

I will if you will!

Question for you: Simple joys are sometimes the best joys. What is something that you makes you smile?