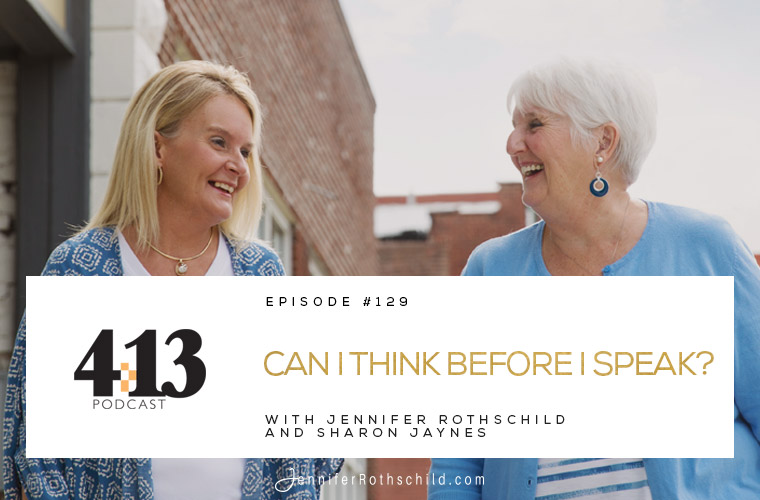 A few weeks ago, my daughter-in-law, Caroline, did something I thought was genius.

Words are one of the most powerful forces in the universe, and God has entrusted them to us. [Click to Tweet]

Did you hear what she did there!?

Caroline didn’t merely stop at “I’m proud of you,” but she associated Tripp’s good behavior with it. While there’s no doubt in that cute little boy’s mind that his mom loves him unconditionally, he still needs the verbal affirmation and encouragement that something he did made her smile—and that’s precisely what Caroline gave him!

What I think is also interesting is that this need for encouragement doesn’t change as we grow up.

I realized this as, not long after, I found myself doing the same thing with my adult son—who is Tripp and Lawson’s daddy. We were at the lake together, and I said to him, “You know what? I am so proud of you because of the way you love your wife. You are so good to her.”

Friend, those around us have the need for positive, life-giving words whether they’re three years old or thirty years old. Words are one of the most powerful forces in the universe, and God has entrusted them to us. They echo in peoples’ hearts and minds long after they are spoken.

So, how can you harness this incredible power for good? On this episode of the 4:13 Podcast, author Sharon Jaynes is here to help us learn how!

Sharon is an international inspirational speaker and Bible teacher for women’s conferences and events. She is also the author of several books, including Becoming the Woman of His Dreams, The 14-Day Romance Challenge, and The Power of a Woman’s Words. Sharon and her husband, Steve, call North Carolina home.

So, listen in and discover how your words can change the course of someone’s day and even their life. Plus, you’ll learn practical tips and doable ways to get a handle on your tongue and harness the power of your words.

3 Ways to Think Before You Speak

Friend, you can think before you speak. You can recognize, reject, and then replace with truth because you can do all things through Christ who gives you strength.