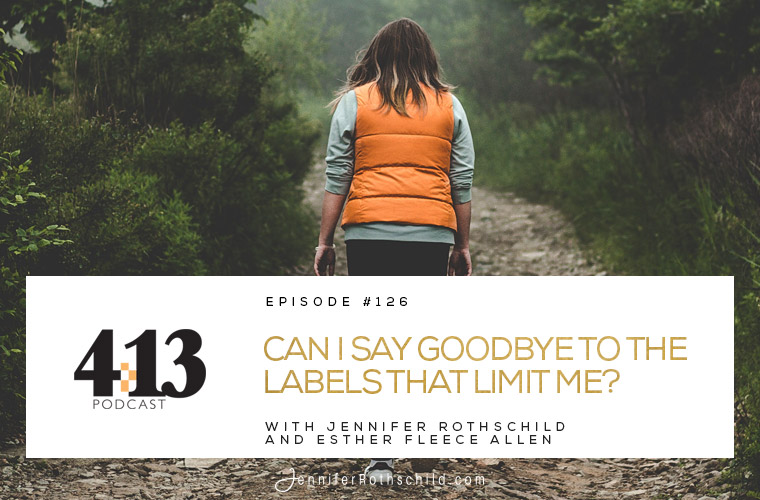 Can you imagine that for most of your life, you believed the names other people gave you? Labels like “orphan,” “no good,” and “unlovable.”

That was author Esther Fleece Allen’s life, but no more! She’s learned how to say “goodbye” to the labels that limited her. And, on this episode of the 4:13 Podcast, she shares with you the life-giving truth that only God can give you a new name.

If you haven’t met Esther yet, you’re going to love her! Esther’s newest book is called, Your New Name: Saying Goodbye to Labels That Limit, and it’s so good. CNN has called her one of “five women to watch in religion.” USA Today has named her one of the “new faces of evangelicalism,” and Christianity Today has called her “one of the 50 women shaping the church and culture.” She’s a graduate of the Oxford Center of Christian Apologetics and is currently in seminary. Esther’s favorite new names are “wife” and “mama.”

So, start peeling off those old labels because truth is on the way. Sister, the names God has for you declare freedom from your past and hope for your future!

How to Say Goodbye to the Labels That Limit You

Friend, God is our Healer. He empowers us and gives us grace, but it often takes work from us too. So believe He has more for you! Get honest with Him about your pain, your healing, and if you need to forgive.

And remember, you can come through a difficult time without taking a “lying label” as your new name because you can do all things through Christ who gives you strength.