1 shares
This is the third of a five part blog series post meant to encourage you to think deeper about Scripture. I haven’t left Bethsaida yet! The last 2 blogs I’ve been hanging out with the blind man there and experiencing Jesus touch on the blind man’s eyes. If you just showed up, check out these 2 links to catch up. Post #1 and Post #2 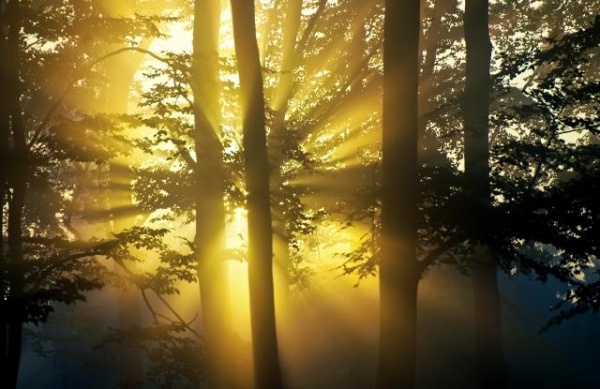 “Do you see anything?” Jesus asked after the blind man’s eyes opened. Jesus asked a question for which He knew the answer. So why did He ask?

Because He wanted the blind man to make his own assessment of his situation? Hmmm

The man must have squinted, blinked and strained. His dark, tired eyes must have looked up and said, “I see people; they look like trees walking around” (Mark 8:23-24). So, how did the blind dude know how to describe what he was seeing?! How did he know what a tree looked like in order to compare the image he was seeing of people with trees?

Perhaps, unlike the man in John 9 who was born blind, perhaps this blind man became blind.

Perhaps he had seen before.

Perhaps he played beneath olive trees when he was a boy.

Perhaps he rested beneath an oak, or studied the leaves of a fig tree as he picked its fruit.

Perhaps he had Retinitis Pigmentosa and up until he was a teen or a young man, he had seen clearly.

Perhaps he had adjusted slowly over the years to the looming shadows and the stripping away of his independence.

It some ways, it makes his loss more palpable. I can taste his hunger for healing. I bet his heart was racing.  Mine would have been. Thinking about it, my heart starts to flutter. What would that have felt like?!

I would treasure even being able to perceive the smallest bit of light. I would not feel like I was settling if I saw “men as trees,’ I would celebrate it.  It moves me and troubles me to imagine that opportunity.

Once more Jesus put his hands on the man’s eyes. “Then his eyes were opened; his sight was restored, and he saw everything clearly” (8:25).

I want to think of Jesus as the God of immediacy and thoroughness. A two-stage miracle is confusing. Sometimes I think I have an “all or nothing” approach to God and faith. He either heals or He doesn’t; He will or won’t. But this story reminds me He is not made in my image and His ways are just not my ways. He chooses to heal in the way He chooses to. He healed the blind man from Bethsaida with two touches even though one, or none, would have been enough. He could have only used one. He could have just used words and never lifted a hand.

So, why in two parts?

What about you? Are you content with slow revelation? Give me your opinion below. Leave a comment here.

Comment | Share | Tweet | Pin It | print | email
Categories: My Thought Closet, The Blind Side
Disclosure of Material Connection: Some of the links in the post above are “affiliate links.” This means if you click on the link and purchase the item, I will receive an affiliate commission. Regardless, I only recommend products or services I use personally and believe will add value to my readers. I am disclosing this in accordance with the Federal Trade Commission’s 16 CFR, Part 255: “Guides Concerning the Use of Endorsements and Testimonials in Advertising.”