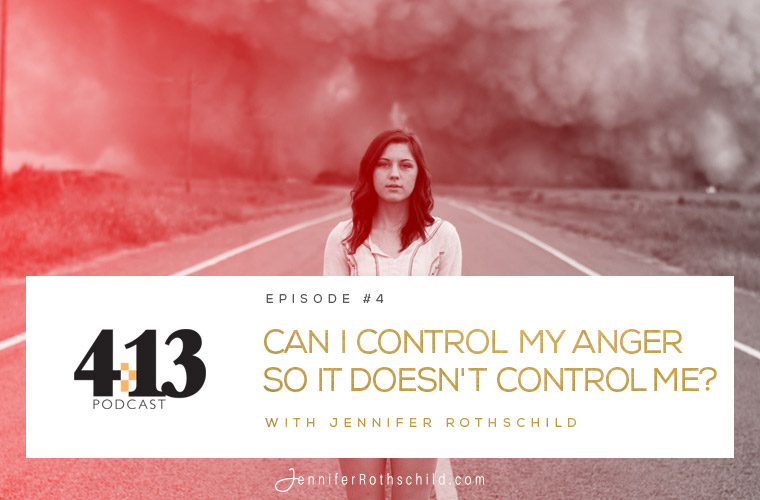 Years ago, when Phil was finishing up his Ph.D., we had a little money, a little time, and a little boy. All in all, it was really a happy season of life—with one little exception.

Actually, it wasn’t so little.

I was overwhelmed with stress and couldn’t figure out how to manage it.

Oh, girl, I internalized everything. My weak survival skills showed up in things like constant illness and chronic aggravation. Rage simmered just below the surface of my placid demeanor.

One afternoon, Phil called from campus. I don’t even remember what he said or what he wanted, but I certainly remember my response. I remember yelling. I also remember slamming the phone down while he was mid-sentence.

I felt like a volcano must feel right before it erupts—hot, quivering, and rumbling from the roots. I was furious. My internalizing days were officially over and the angry birds were ready to fly.

We can’t always avoid feeling angry, but we can learn to manage it better. [Click to Tweet]

With one completely abandoned and reckless move, I externalized in a big way. I swung my leg back and then forward, kicking the wall as hard as I could.

Then … the wall crackled. I heard drywall falling and splintering off. I felt my foot woefully wedged within the wall while dust blew into my face.

When I pulled my tennis shoe out, the hole only got bigger. Suddenly, I didn’t feel so good. I had damaged our rented apartment, and really, I had no excuse.

I had heard of the “count to ten” anger management rule. But I didn’t want to count. I wanted to explode. I had given full control to my anger, and it wasn’t a pretty sight.

Sister, you may have never kicked a hole in the wall as I did, but maybe you too have let anger control you.

Anger doesn’t have to control you. Here are 5 better ways to react when you’re upset. [Click to Tweet]

Louis L’Amour, a Western novelist, once wrote, “Anger is a killing thing: it kills the man who angers, for each rage leaves him less than he had been before—it takes something from him.” I don’t want that to happen, and I doubt you do either.

That’s why KC and I are talking about how to find a better way to respond to anger on this episode of the 4:13 Podcast. We can’t always avoid feeling angry, but we can find ways to manage it. Here are five helpful methods I’ve learned.

5 Ways to Control Anger So It Doesn’t Control You

Sister, no matter how difficult it may seem at times to manage your anger, remember you can do all things through Christ who strengthens you!

I’ve got two questions for you. First, which one of the five choices do you most need to make the next time you feel angry? (Mine is to be still.) And, like I asked you on the podcast, what is your favorite C.S. Lewis quote or book?

Comment | Share | Tweet | Pin It | print | email
Categories: Blog, Me Myself and Lies, Not Fair Book, Podcast
Disclosure of Material Connection: Some of the links in the post above are “affiliate links.” This means if you click on the link and purchase the item, I will receive an affiliate commission. Regardless, I only recommend products or services I use personally and believe will add value to my readers. I am disclosing this in accordance with the Federal Trade Commission’s 16 CFR, Part 255: “Guides Concerning the Use of Endorsements and Testimonials in Advertising.”