0 shares
The following is a guest post by Jennifer McLemore. Jennifer recounts her story of family heartache and God’s restoration as her Missing Pieces were restored by her Creator.

My husband and I married right out of high school and have been married 34 years! We give God all the glory! 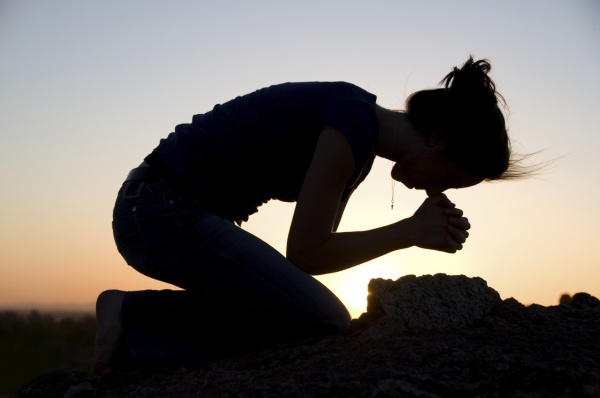 God blessed us with 2 daughters, as different as night and day in looks and personalities! Both of our girls had given their hearts to the Lord during their teen years and we were all living our lives as unto the Lord to the best of our ability and with what we knew at that time in our lives.

Our oldest daughter was married a few months before her 21st birthday and was married for 3 years when she called and told us she was leaving her husband. My husband and I were more than surprised and it rocked our world.

Divorce was not anything that had ever remotely crossed our minds would happen to our family.

Then as the next few hours and days progressed we found out she had had an affair and her husband was greatly into pornography which had thrown our daughter over the edge. And because of paternal family background within the big church we attended she didn’t feel she could go to anyone and ask for help. She was going to counselors we just hadn’t heard of at that time.

And, to top it off, she didn’t ask to move back home; she was out in our city somewhere with someone and we didn’t know where and we were not hearing from her but every once in a while. This further information SHOCKED us and put me as her mama into a tailspin! I didn’t know what to do, who to go to, where to turn. We tried going to our church staff but they were of no help. They just told us to give up the Young Married Sunday School class we taught and go heal.

We were operating in a daze and though my husband seemed to move forward better, as the mama and a stay at home mama at that, with a now completely empty nest, I wasn’t moving forward. I was stuck in obsessive thought mode, my daughter was all I could think about. What had I done wrong? What had I not taught her?

Then it was just OH, GOD! Some days I would just sit in the chair and hold my Bible. Until one day God gave me a verse:

Being confident of this very thing, that He which has begun a good work in you will perform it until the day of Jesus Christ. Phil. 1:6 KJV
I knew in my heart that God was telling me to claim that verse for my oldest daughter! I knew that God was going to make her life all better!

But like Jennifer’s Missing Pieces study says in Week 1 – I assumed and speculated how God was going to work. I knew He had the power but I didn’t think about His authority and His sovereignty.

I got all ready for the marriage to be put back together and their lives to bring God glory.
And it didn’t work out that way. They divorced.

My daughter went on to live with someone else (#2). But she did come back around and became a part of the family again.

She went on to marry a second time to even someone else (#3). And that marriage lasted 3 months.

I wondered about the verse God had told me to claim. Had I heard Him wrong? Did He make a mistake? Was she too strong willed for even Him?
She went on to marry a third time to someone else (#4) and had our precious granddaughter.

He was in the military and deployed while she was pregnant and delivered. I saw her begin to turn toward God during her pregnancy and during the baby’s first few weeks when she was having some issues. When her husband came back to the US she went out of state where he was stationed to begin their family life together. She found out right quick that he was abusive to her and though they tried counseling he didn’t want to change. She also found out he was very cynical about Christianity and God which she didn’t know beforehand.She was a long way from home and though she tried to make it work, it just wasn’t going to. She didn’t want her daughter growing up with those circumstances.
And all she had during that time was God.

All she could do was eat, sleep and drink God. And God provided for her and the baby.

Finally she had enough money saved from her job for her and her daughter to move back home. She found her a little house to rent, she was back going to church with us (we were now attending another church than before!), she was trusting God to provide because she knew she couldn’t do it without Him.

And as I looked in my Bible at the verse Philippians 1:6 – the month she moved back to our city was exactly 7 years to the month when I had claimed that verse for her… November 2004 to November 2011! 7 – God’s number for complete.

He is sovereign. He has a plan. His power is accompanied by His authority. He can’t be contained in a box to work the we think we want. And His ways are always perfect.

No, God does not Err.

How have you seen the Lord provide? Leave a comment here.

Comment | Share | Tweet | Pin It | print | email
Category: Guest Post
Disclosure of Material Connection: Some of the links in the post above are “affiliate links.” This means if you click on the link and purchase the item, I will receive an affiliate commission. Regardless, I only recommend products or services I use personally and believe will add value to my readers. I am disclosing this in accordance with the Federal Trade Commission’s 16 CFR, Part 255: “Guides Concerning the Use of Endorsements and Testimonials in Advertising.”