“Wanna do a concert in my hometown?” my friend, Lori, asked. 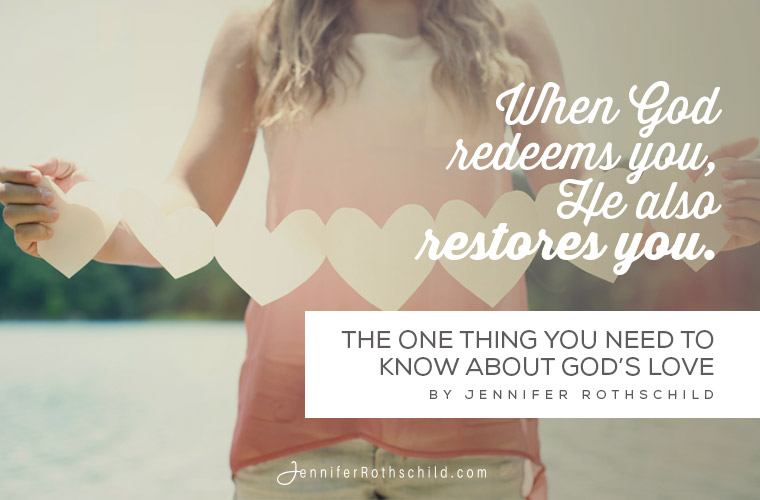 One of those nights, I was scheduled to sing in a coffeehouse. When we arrived, the manager warned me, “We could have a full house or nobody at all. I couldn’t afford to advertise.”

I told him I was just grateful for the opportunity. And it was true—at first.

But then the local winning Little League team and all of their family members busted through the front door. They were loud and sweaty and hooped and hollered over my singing.

Now I faced an audience who I knew—even though I couldn’t see them—wasn’t looking at me or listening to me. Trying to hide my humiliation, I just kept singing. The longer I sang, the louder they got.

I felt obvious and invisible all at the same time. Oh girl, have you ever felt that way?

Someone else has felt this way too—even more so than I did that night in the coffeehouse. Her name was Gomer. While I really don’t know her personally, I know her story because it’s in the Old Testament book of Hosea.

Do you want to dig deeper into the book of Hosea? You can do that with my study, Hosea: Unfailing Love Changes Everything. Learn more here.

Her story begins with her marriage. Here’s the backstory: One day, God surprised the prophet Hosea with a memorable message: his bachelor days were up. But this good news came with some bad news.

He would marry a beautiful woman named Gomer, whom he loved. But she would break his heart and leave him betrayed and bewildered.

This would not be the end of the story, though. Not by a long shot!

You see, Gomer’s wanderings would take her from man to man, until eventually, she would end up on a slave block—humiliated and hopeless. Talk about feeling obvious and invisible all at once.

Yet even though she was alone on that slave block, she was not forgotten. While Gomer was feeling unloved, God’s love was planning a rescue—a plan to buy her back. Hosea showed up at the slave auction and paid 30 pieces of silver for Gomer—the price of a slave.

But Hosea didn’t treat her as a slave, he took her back as his beloved wife. Hosea rescued Gomer, removed her chains, redeemed her, and restored her to her rightful and true identity as his wife.

Her shame that was so obvious was made invisible by his grace.

The sin so obvious to herself and others became invisible when love redeemed her.

Her shame and indignity were covered by his grace and acceptance.

The same is true for you and me. God not only redeems us, but He also restores us.

Sister, God loves you so much that He paid the ultimate price—Jesus—to buy you back from sin’s slavery and to bring you home. What was lost in the garden was redeemed on the cross. What sin destroyed in Eden, God restored through Calvary!

“Therefore if anyone is in Christ, he [and she] is a new creature; the old things passed away; behold, new things have come” (2 Corinthians 5:17).

Just as Hosea did for Gomer, God takes away our indignity, shame, and humiliation. All the sin and shame Satan wants to keep so obvious to you, Jesus makes invisible through His grace and forgiveness! Truly my friend, He makes all things new.

God takes away our indignity, shame, and humiliation, and covers us with His grace and acceptance. [Click to Tweet]

So, if shame makes you feel painfully obvious or if sin has made your identity practically invisible, look in the mirror today and see Gomer looking back at you. She was beloved—chosen, accepted, and loved—and so are you.

What is one way God regularly reminds you of His grace and acceptance? Share it in the comments.

Comment | Share | Tweet | Pin It | print | email
Category: Blog
Disclosure of Material Connection: Some of the links in the post above are “affiliate links.” This means if you click on the link and purchase the item, I will receive an affiliate commission. Regardless, I only recommend products or services I use personally and believe will add value to my readers. I am disclosing this in accordance with the Federal Trade Commission’s 16 CFR, Part 255: “Guides Concerning the Use of Endorsements and Testimonials in Advertising.”