Is your family tree full of crooked or broken branches? Do you have some folks in your great grandparents’ or grandparents’ generation who aren’t so great or grand? If so, you are in good company.

Look where Jesus came from; it’s not so pretty. But, His history wasn’t a prophecy of where He was going. 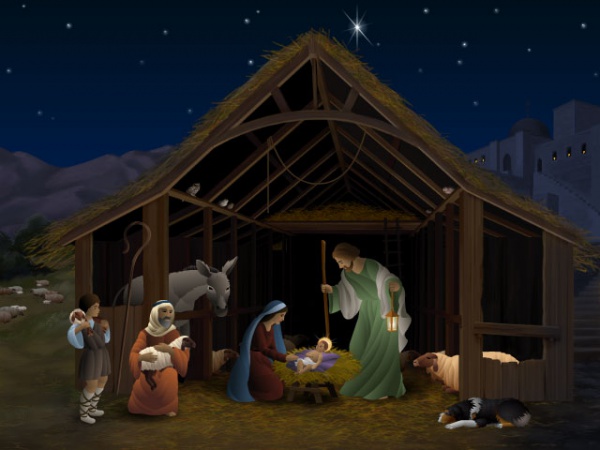 Jesus of Nazareth was a descendent of Abraham. Ol’ Abe had trouble with truthfulness. He lied like Pinocchio just to save his own skin (Genesis 12:10-20).

Jesus of Nazareth was a descendant of Judah. Now, dear Jude was so blinded by lust that he slept with his daughter-in-law because he thought she was a prostitute. When he found out that his daughter-in-law was pregnant, the self-righteous coward threatened to burn her at the stake for solicitation until he realized that he was the father (Genesis 38).

Jesus of Nazareth was also a descendent of Rahab. She was a high-dollar prostitute who sold out her people in exchange for protecting herself and her family (Joshua 2).

We aren’t done yet.

Jesus of Nazareth was a descendant of Ruth, the foreigner from Moab. Today she would be like an undocumented worker—an illegal alien. She should have had no place in a good Jewish family—except as hired help (Ruth 1:4).

Jesus of Nazareth was also a descendent of David. That’s good, isn’t it? Well, Dave had an affair, and Jesus was a descendant resulting from that affair. David committed both adultery and murder in order to advance his kingdom and keep his fling, Bathsheba, for himself (2 Samuel 11).

Jesus of Nazareth was a descendant of Manasseh also. Manny was a bad dude who practiced soothsaying and child abuse; he even made his own son pass through fire (2 Kings 21:6).

Finally, Jesus of Nazareth was a descendent of Amon, who abandoned God and worshiped idols (2 Kings 21:21f).

Well, that’s the not-so-great genealogy of Jesus. Did you notice that the list of characters had broken every one of the Ten Commandments?! But, Jesus of Nazareth is now called the Messiah, the Christ; the Prince of Peace, the King of Kings the Anointed One!

Our beautiful Savior came from a not-so-beautiful past.

I don’t know where you have come from or what you may have done, but the message of Christmas is hope. It’s hope that your past doesn’t have to be a prophecy of your future.

Where you come from does not have to be where you stay.

Christ came and makes everything new. He brings new mercies every morning. He gives you a hope and a future no matter your despair and past.

Question: How are you celebrating the hope of Christ this season?

Share | Tweet | Pin It | print | email
Categories: Bible Study, My Thought Closet
Disclosure of Material Connection: Some of the links in the post above are “affiliate links.” This means if you click on the link and purchase the item, I will receive an affiliate commission. Regardless, I only recommend products or services I use personally and believe will add value to my readers. I am disclosing this in accordance with the Federal Trade Commission’s 16 CFR, Part 255: “Guides Concerning the Use of Endorsements and Testimonials in Advertising.”