My hand was on the door handle, ready to open the stall and leave the bathroom. But then I heard familiar voices and stood perfectly still. The Sunday worship service was about to start, and two women from the church were standing at the sink talking about our pastor while washing their hands. They thought they were alone. Their comments about him were small and mean. They took turns criticizing the pastor’s sermon, his tie, and even his hair. I was so angry I could barely breathe. 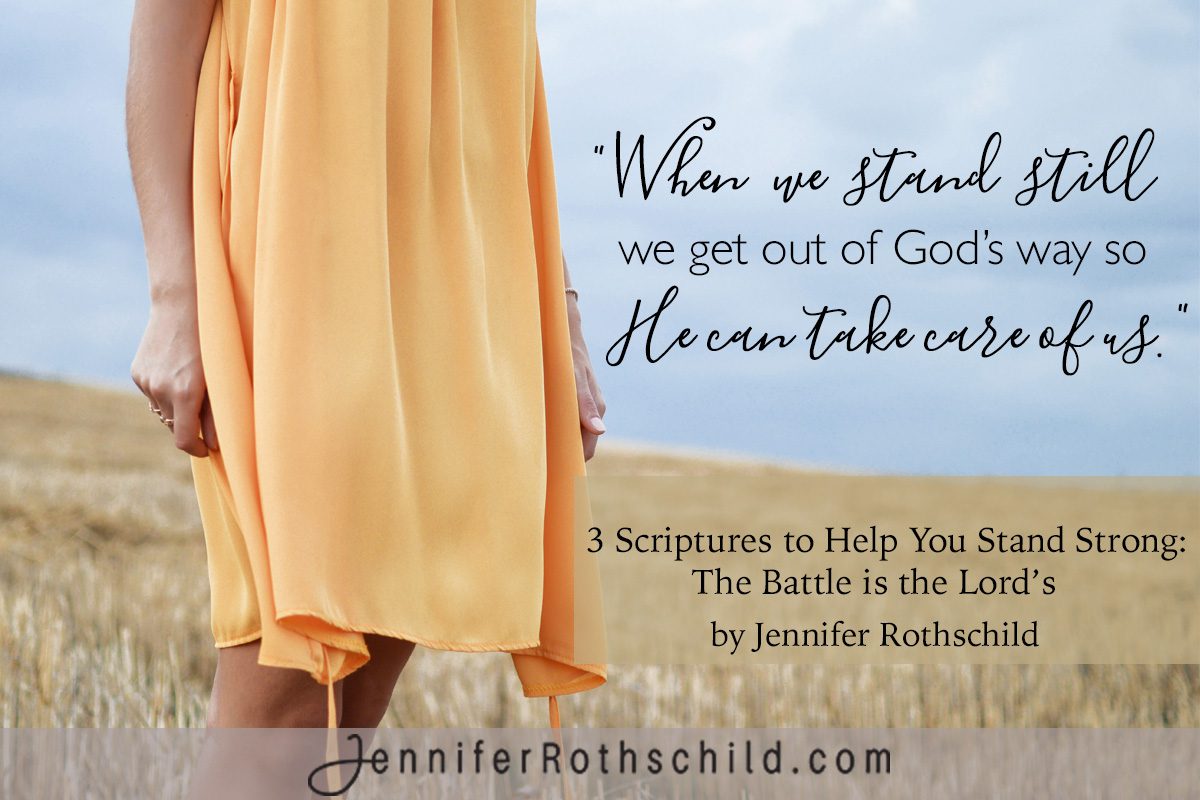 That pastor? He was my dad.

I hid inside the stall until I heard them leave. I was so hurt and enraged. I wished I could forget what I had just heard, but I couldn’t. I joined the two sister saints in the sanctuary and listened to them sing with the choir — you know, songs about Jesus? His love and grace? Ugh.

To this day, I wish I’d had the nerve to swing that door wide open and with a big toothy grin, give a big cheery “Hey there!” Then they would have felt as miserable as I was feeling, though for altogether different reasons. Trust me, their hands were not the only things that needed to be washed that day. If my no-nonsense mama had been there, two somebodies would have had their mouths washed out with soap!

Girl, that happened when I was in the eighth grade and I still remember it. I remember my fury and how I just wanted to bust out of that stall, ready to fight.

Do you need a refreshing weekend to connect with God’s Word and other women? Then join me and my BFF’s for a weekend get-away at Fresh Grounded Faith! Find a city near you here.

We’ve all had situations in our lives when we just want to fight back, right? When someone is unkind or unfair or mean toward us, it’s hard to just stand there and take it. When we feel like an enemy is in attack mode, we want to fight back.

When you feel that way, instead of lashing out, you can stand still.  Exodus 14:14 says, The Lord will fight for you; you need only to be still.


The Lord will fight for you. Be still. Exodus 14:14
[Click to Tweet]
That’s what Moses said to the Israelites who were standing at the edge of the Red Sea. The Egyptian army was on their heels, ready to destroy them, and the deep, uncrossable sea was right in front of them. They were stuck. I can imagine they were standing still and the last thing they wanted was to be planted there — don’t you think there were some in that crowd who were paralyzed with fright and others who were itching to fight?

When we find ourselves in hurtful situations, it isn’t our instinct to just stand there. If we’re honest, we often really do want to fight back. Sometimes we just don’t have any other choice except to just stand there and wait. That is our best choice because it really isn’t our fight anyway.

When we stand still, we get out of God’s way so He can take care of us and the situation.

Now, this is not to be mistaken for doormat theology! No… this girl is not saying that you should just lay down and let everybody and every situation stomp on you. I am not recommending complete passivity, but I am suggesting that you and I can be slow to anger, turn the other cheek and trust that victory belongs to the Lord. (Proverbs 21:31 ESV)

We can be slow to anger, turn the other cheek and trust that victory rests with the Lord.
[Click to Tweet]
I really don’t know what would have happened if I had busted out of that bathroom stall like a righteous teenage ninja quoting Scripture about gossip and kindness to those women. And, I have no idea what would have resulted from me quietly leaving the bathroom while they watched me wipe away tears.

Perhaps it would have been a full blown revival of repentance right there right then. Or maybe not one thing at all would have changed. What I do know is that every battle I face is not mine. My battles are the Lord’s, and He fights for me in the way and timing He chooses. He uses only weapons of love and mercy and justice as He fights.

So, if you’ve  got a battle, then you’ve got a choice. You can either stand still and trust that God will fight for you, or you can freak out and possibly make it worse. Sometimes we just need to get out of the way and under God’s will and watch Him bring victory. When we choose to be still, we do begin to know, I mean really know, that He is God. And, the best part of really knowing that He is God is knowing that we are not.

Sometimes we need to get out of God’s way and under His will.
[Click to Tweet]
Let’s lay down our weapons and battle plans and be still. Here are some Scriptures that will help you to stand still and strong:

And I am sure of this, that he who began a good work in you will bring it to completion at the day of Jesus Christ. (Philippians 1:6 ESV)

Now to Him who is able to keep you from stumbling and to present you blameless before the presence of His glory with great joy, to the only God, our Savior, through Jesus Christ our Lord, be glory, majesty, dominion, and authority, before all time and now and forever. Amen. (Jude 1:24 ESV)

If you’re facing a battle, in the comments below, make a statement declaring that you will be still and watch God fight for you. Write out a prayer of faith asking Him for His help. We will pray for each other.

Comment | Share | Tweet | Pin It | print | email
Categories: Bible Study, Blog, My Thought Closet
Disclosure of Material Connection: Some of the links in the post above are “affiliate links.” This means if you click on the link and purchase the item, I will receive an affiliate commission. Regardless, I only recommend products or services I use personally and believe will add value to my readers. I am disclosing this in accordance with the Federal Trade Commission’s 16 CFR, Part 255: “Guides Concerning the Use of Endorsements and Testimonials in Advertising.”